It looks like Randy Bernard has achieved a portion of what he has set out to do with the Las Vegas $5 Million challenge this fall. The aim was to bring in some big names from outside of INDYCAR to compete against the sport’s best for a shot at a big payoff. Travis Pastrana has thrown his name in the hat as has BMW Le Mans ace Joey Hand. So we have a Rally/NASCAR/action sports icon and an ALMS star that has been untouchable thus far in 2011. While the list of other potential names is seemingly endless, let’s look at the two so far.


Joey has had an unforgettable year so far. Taking overall victory in the Rolex 24, winning the GT class for BMW at Sebring, and finishing on the GTE podium for the 24 Hour of Le Mans. Hand has dominated nearly everything his RLL (Rahal/Letterman/Lannigan) BMW M3 has entered and now turns to INDYCAR’s World Championship race for a new challenge.

RLL will supply the car for the California native and that is not bad. Rahal’s team has shown that even on a part time basis, they are capable of competing towards the front of the grid. They even led the Indianapolis 500 this year with Bertrand Baguette at the wheel. As a matter of fact, they were one late caution flag away from winning the 100th anniversary of the great race. I am not forecasting any such luck for Mr. Hand, but he is a great talent behind the wheel and at least stands to be competitive in my opinion for a good finish. 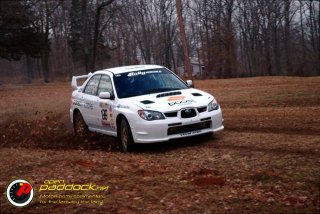 Travis is not one for backing down against a challenge. Most known for his motocross success, Pastrana can often be found base jumping off a Vegas hotel or jumping his rally car across a large body of water. The true question is what the hell has he not done? After winning four Rally America championships for Subaru, Travis has taken his Nitro Circus international and started a career in NASCAR. The thing that is great about Pastrana is the fact he is good at anything he attempts. The guy is naturally gifted at kicking ass and taking names.

So who does he drive for? Obviously Penske and Ganassi are off the list. The key to the whole deal is competitiveness. Pastrana has made it clear he will only compete if he has pace. That rules out just about every team not empire related except one. I am thinking that Pastrana will end up at Andretti Autosport before it is all said and done. Andretti has run extra cars every once in a while for drivers like Adam Carroll. This being the last race ever for the current chassis/engine combo and I think Michael can spare one. Pastrana has massive personal sponsorship from Red Bull, but also brings in money from Boost Mobile (NASCAR sponsor). Andretti Autosport and Boost Mobile are no stranger to one another as the two were partnered as late as last season. Boost was a major associate sponsor for Danica Patrick and was also seen on Adam Carroll’s car for two events last season. Speculation? Perhaps, but given the dialogue between Travis and Marco on the whole event, I think the speculation is not without some merit.

So there we have it. Two names in the book so far for the Vegas shootout. Granted none of these are stamped deals, Randy is getting some talent that he was shooting for. It is also not people like Michael Andretti and a bunch of other retired drivers with absolutely no business competing. These are drivers outside of the sport who have answered the call. I am still holding out for Petter Solberg, but keep it here at the Paddock as these stories continue and other drivers toss their name into the ring.