The hope of seeing Ken Block competing in the WRC in a Monster-sponsored Ford isn’t dead yet. RallySport Magazine put out an article today stating that Ken Block and Chris Atkinson are still working very hard on a WRC program with M-Sport for 2010. 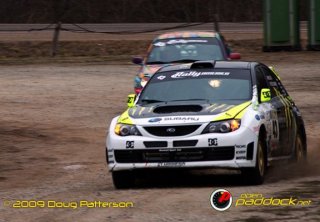 “We are still negotiating all contracts,” Ken Block told RallySport Magazine today.
“We should have everything wrapped up and announced in early January.”

I’m already excited enough about the 2010 WRC season, but Block getting into a Ford would just put it over the top for me! To see Ken and Chris tearing up a rally-prepped 1978 Escort, check out a video we posted earlier of the duo at Tim O’Neil Rally School and Car Control Center.