Believe it or not, the first Indy car race in Kansas City didn’t happen in 2001, but in 1922. For three years, 1922-1924, AAA sanctioned a total of four championship car races at the Kansas City Speedway, a one and a quarter mile board track. 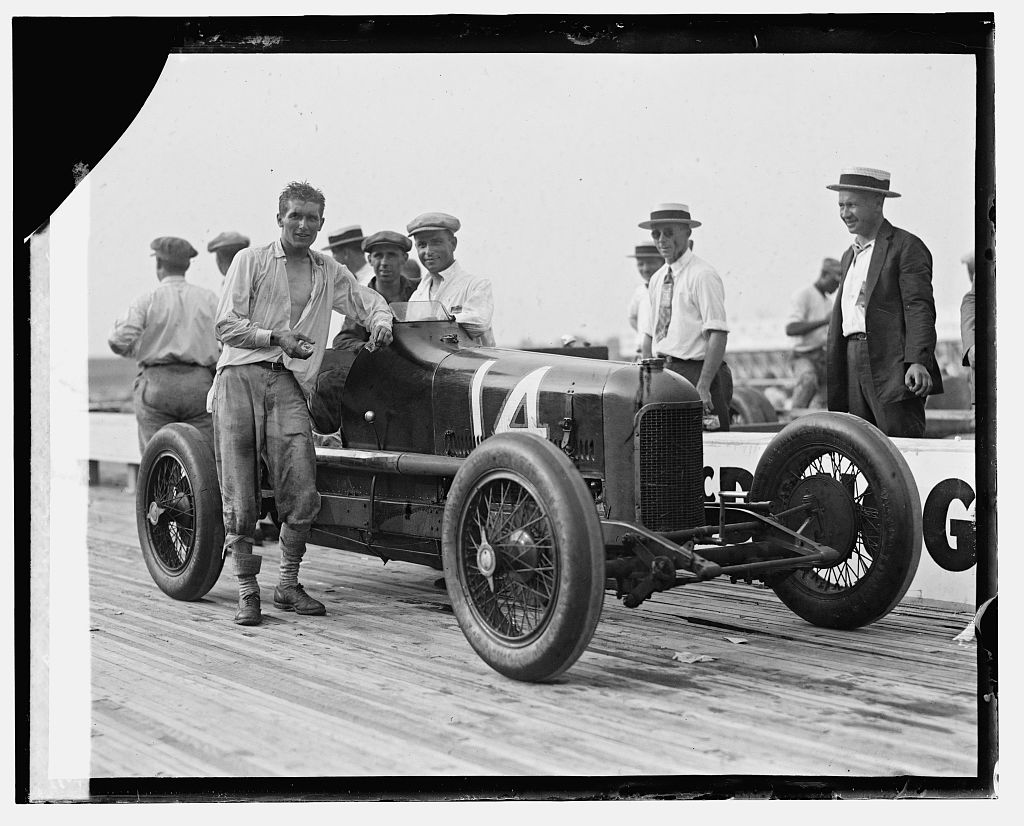 Sadly, the track has since been demolished, but the winner of that first race in 1922 was none other than Tommy Milton, two-time winner of the Indianapolis 500 Mile Sweepstakes, once in 1921 and again in 1923. Milton won the 240-lap 300-mile event at the Kansas City Speedway driving a Harry Miller designed roadster. Miller’s cars were special built racing cars, and were very successful even against such marques as Deusenburg and Frontenac. His 4-cylinder, dual overhead cam, 16-valve engines later became rebranded as the famous Offenhauser engine that enjoyed so much success at Indianapolis during the 50s and 60s. Tommy won that first race in 1922 by a full minute over his competition, but had mechanical failures in the two races in 1923. In 1924, he nearly won again crossing the finish line only 0.38 seconds after the winner, Jim Murphy. Now we consider a +0.38-sec gap a non-threatening margin, but then it was darn near neck-and-neck.

Fast forward 76 years to 2001. With construction completed the spring of 2001, Indy cars circled the modern Kansas Speedway in anger for the first time on July 8th, 2001. That first race, the Ameristar Casino Indy 200, was contested by 22 drivers in very oppressive conditions. If you’ve never experienced Kansas City in July, it can get pretty brutal. High heat and high humidity put a premium on the physical conditioning of the drivers. Eddie Cheever won that first race 0.1976 seconds ahead of 2nd place finisher Sam Hornish Jr. Sam would eventually improve his finishing position by one spot in 2006, the same year that he won the Indianapolis 500 Mile Race. That was also the last year that the event was held in the summer. Beginning in 2007, the race has been held on the last weekend in April and serves as a warm-up for Indianapolis. The close finish between Cheever and Hornish was an indication of what was to come in future events. Many of the Kansas races have been decided by mere fractions of a second, including two races that are among the ten closest finishes in IndyCar history. The closest was the 2004 race in which Buddy Rice raced wheel-to-wheel with Vitor Meira for the remaining eight laps after a final caution period and nosed ahead at the very end for the victory. The gap between Buddy and Vitor was only 0.0051 seconds!

One Thought to “IndyCars in Kansas City: A Little History”